Casablanca to Rabat All Day Tour

Join us to discover the city of Rabat directly from your hotel or riad in Casablanca. Our Rabat Tours will let you what the capital has to offer. Your city guide along with your private driver will you up around 8am. We head directly to the city of Rabat through the toll road. It takes about one hour to get to destination.

Rabat was founded as an Arab army outpost in the 12th century and given the generic name for military encampment, Ribat, which is still in use today. For centuries, Rabat and Salé were rival principalities, but eventually Rabat began to dominate the area. In the early 17th century, Rabat became a center of anti-European piracy, with its stronghold at the Kasbah des Oudaias. Rabat was first made a modern capital in 1912 by Morocco’s French overlords and remained the nation’s capital after independence in 1956. The city is the residence of the royal family.

Our Rabat tours will include the following:

Rabat’s Kasbah district is one of the city’s top sightseeing draws. Inside the 11th-century fortress walls, a tranquil and tiny neighborhood of twisting white-and-blue lanes were built in Andalusian-style. This is the perfect place for aimless, meandering strolls, and its winding alleys are a joy to photograph. Don’t miss visiting Rue el Jamma within the district, where you’ll find the Kasbah Mosque. Built in 1150, this is the oldest mosque in Rabat. Keen photographers should also note that the district has fine views over to Salé and the Atlantic Ocean.

Built by the Almohads, the unfinished Hassan Tower was the work of ruler Yacoub al-Mansour and would have been the minaret for his grand vision of a mosque on this site. Upon his death in 1150, construction was abandoned, and this 45-meter-high tower is all that remains of his original plan. Beautiful and intricate motifs and designs cover the tower’s facade, pointing to the sumptuousness of what al-Mansour had in mind. The Hassan Tower is next door to the Mausoleum of Mohammed V.

The glittering Mausoleum of King Mohammed V lies in state on the very place where, upon his return from exile in Madagascar, he gathered thousands of Moroccans together to thank God for giving independence to their country. The opulent tomb chamber is resplendently decorated, with zellige tilework covering the walls around the grand marble tomb. It’s a showcase of Moroccan traditional design. Non-Muslims cannot enter the adjoining mosque but are able to view the mausoleum’s tomb chamber from above, as long as they are dressed respectfully.

The remnants of the 14th-century Merenid citadel-town of Chellah are an atmospheric place. The walled ruins are positioned on an older Roman town called Sala, which archaeologists uncovered evidence of in the 1930s. Today, parts of both these settlements can be seen. Chellah thrived as a Merenid citadel in the early 14th century. The crumbled ruins of mosques and mausoleums they built here are now covered with rambling brambles, providing nesting sites for storks. The excavated Roman part of the site includes a forum, bath, and temple. For a good overview of the entire Chellah ruins, an overlooking terrace provides excellent views across the site.

Oudaias Museum and the Andalusian Gardens

Within the Oudaias Kasbah are the lovely Andalusian Gardens, which were laid out in the early 20th century. The Oudaias Museum, set within the gardens, is housed in the opulent 17th-century lodge built by Moulay Ismail as his first Rabat residence. At the far end of the lodge, a room displays an ancient Moroccan interior. Cushions in brocade, silk, and gold cover the divans around the room. A little further on is an exhibit of ancient illuminated Qur’ans, jewelry, pottery, and musical instruments.

Built in 1932 and enlarged a few years later to display excavated finds, this museum is home to Morocco’s best archaeological collection. The prehistoric section brings together human remains from the middle Palaeolithic period to the Neolithic, illustrating the continuity and size of the population at this time. Pre-Roman civilizations are well represented. The Roman and Hellenistic exhibits are renowned, and the collection of bronzes are incredibly impressive. Even if you’re not a museum person, this is the one museum on your Morocco travels that you shouldn’t miss.

Rabat’s rambling medina area has a distinctly Andalusian style to its buildings as most of the architecture here dates from the 17th century, when Muslims from Spain’s Andalusia region arrived. This makes it very different to the medinas of Fes and Marrakesh. The two best shopping streets are Souk es Sebbat and Rue Souka, and a number of interesting buildings within the district make a wander here worthwhile. In particular look out for the Koubba Mosque as well as the Merenid Fountain and Grand Mosque both on Rue Souka. The Mellah (Jewish Quarter) is in the southeast corner of the medina and has an interesting flea market.

For anyone interested in Morocco’s modern art movement, this new museum is one of Rabat’s top things to do. The collection, housed in an impressively renovated building dating back to the French colonial days is small but holds artworks from nearly all of the country’s top names in the art world. A visit here makes a lovely contrast to viewing the traditional artisan work for which Morocco is rightly famous and shows the contemporary side to the country’s long artistic expressions.

Rabat’s Ville Nouvelle (New City) is home to the Archaeological Museum and also the surprisingly interesting Postal Museum (on Avenue Mohammed V), which brings together a superb collection of Moroccan stamps, telephones, and telegraph machines. The streets of the Ville Nouvelle host a wealth of French colonial architecture and are a pleasant place for a stroll. Right on the district’s edge, Avenue Hassan II follows the 17th-century Undulations Wall separating the modern city from the medina.

To the south of the Ville Nouvelle is Rabat’s Royal Palace, constructed in 1864 and fenced off from its surroundings with a grand wall. The complex is not open to the public as the current king still uses the palace as his residence. You can get good photographs of the palace exterior from the nearby Sunna Mosque.

We will then go back to our car. We usually finish our Rabat tours around 5 pm.

Why choose us for your Casablanca to Rabat Tours?

Let us help you enjoy your day in the city of Rabat with our Full Day Rabat Tours. 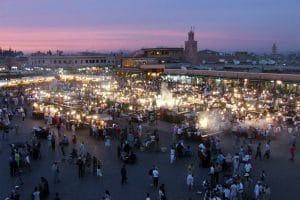 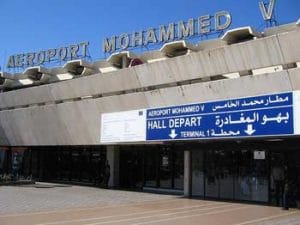